Posts tagged with
Mediabistro reported yesterday that Microsoft will release Windows 7 in 6 versions. Mediabistro split the batch up in "what people mostly won't use" and "what they will use".
In any case, it struck me that Windows 7 "Starter Edition" (meant to be used on Netbooks) only allows for 3 concurrent apps to run. Somehow I get a deja-vu DOS feeling about this. Maybe we'll all move back to single tasking operating systems!
iPhone rumors abound. The lack of any news regarding the (vaporware!) 3rd party PUSH functionality in the iPhone OS is stirring up rumors that Apple may go and allow a limited multi-tasking on the next major iPhone OS version. Limited for the current model.. again, 2 or 3 concurrent apps are mentioned. But maybe more for a new iPhone on a modern (multi-core?) platform. Who knows, but all I can say is: hurry the fuck up with either PUSH or multi-tasking Apple!
Oh and cut&paste would be nice too....
Source via Daring Fireball 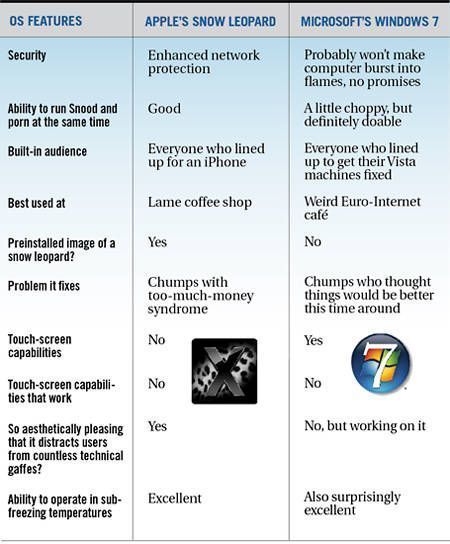