Posts tagged with
Yesterday we decided it was time to do the first launch of my recently built model rockets.
I started easy, building a Custom Rocket Redliner - a beginners kit and a Dr Zooch Ares 1-X, a slightly more challenging model. The latter is not in the videos, I'll post that one later.
Since I own a keychain spycam I thought I'd strip that from its case and strap it to the rocket. Of course this very crude way of attaching the camera (masking tape!) had quite an impact on the rocket's stability. It made it rotate, so I really need to get working on a proper model and mount. Also, the weight of the camera compared to the rocket (10g cam, 38g rocket (w/o engine)) was a bit too high, but nonetheless, it soared to the skies quite stable.
Here's me setting up and launching the rocket for the second time (the blue bits on the rocket are the masking tape holding the cam):
For the first launch, I decided to use a B4-4 engine, so it wouldn't go to high and far out. Here's the on-board clip. First part is real-time, the second is slowed down to 1/8th of the actual speed so you can actually see something during the decent. Again, I really need to work on a decent mount for this, and I have some good ideas already.
For the second launch I put a C6-5 engine in the rocket. That made it soar a lot higher, and also drift out a lot further too! Again, a lot of tumbling, but you can clearly see that this one goes a lot higher.
I'll post pictures that were taken by a friend next week. I'll also see if I can export a proper movieclip from the launch of the Dr Zooch Ares 1-X model, which unfortunately lost its LAS in the decent phase, and I was not able to recover that. But the Ares 1-X flew really beautiful and with the C6-5 engine (who said always use a light engine for the first launch?) reached an estimated altitude of approx 400-450m.
To be continued, hopefully with better quality on-board camera clips :-)
Een Ares I-X en Mercury Redstone, een stukje historie :-) 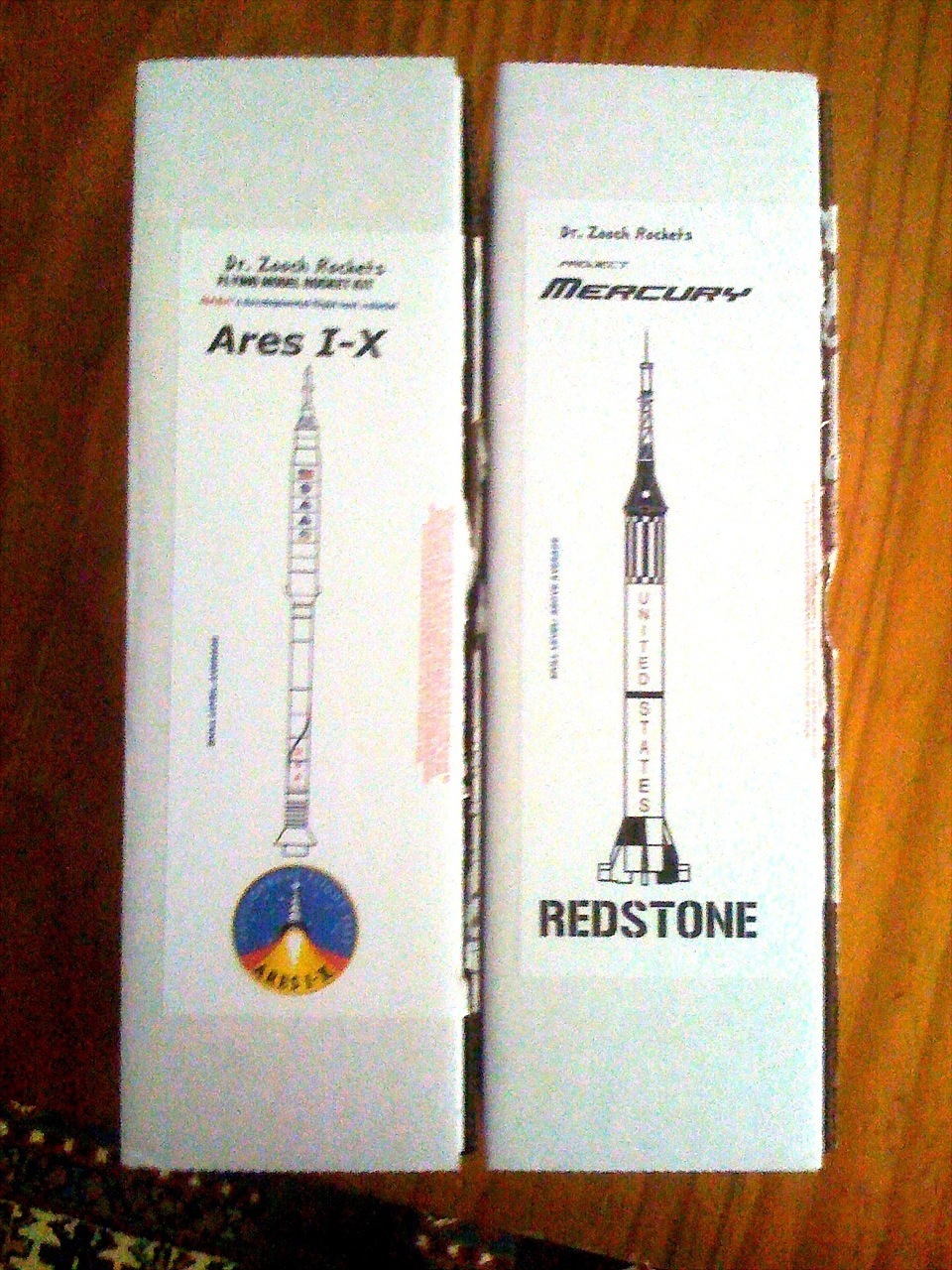